DIRECTORS VS SHAREHOLDERS OF A COMPANY

DIRECTORS OF A COMPANY

A director is a person from a group of managers who leads or supervises a particular area of a company. He is appointed to manage the day-to-day management of the company. The director is supposed to report directly to the Vice President or to the CEO directly to let them know the process or status of the company. Large organisations also have assistant directors or deputy directors. It is the duty of the director to act lawfully and honestly and make decisions for the benefit of the company and its members.

STRUCTURE OF THE BOARD OF DIRECTORS

The structure of the board of directors depends upon the size of the organisation. Private Limited companies can have minimum 2 directors and maximum 15 directors according to the law. However, as organizations and businesses expand, the number of directors can increase because more tasks and responsibilities become present. Example: When a company expands it has more than one department like sales, finance, marketing, production and IT, and then a company may form a board of directors, with each director looking after a particular department.

Let us look at the clear board structure of a large business organisation:

Having a clear structure within the business leaves a positive impact on the employees and also keeps the business and its functions organized. If your business or a company has a problem or issue, it can be solved easily with the help of the team which includes Directors and employees.

DUTIES OF THE DIRECTORS OF THE COMPANY 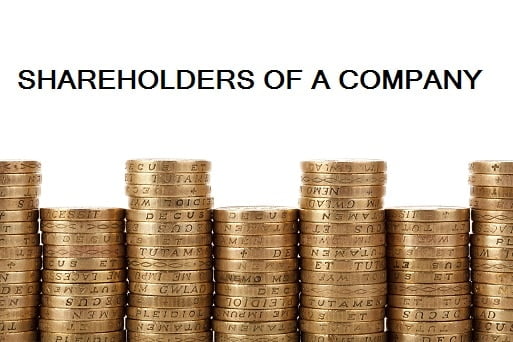 SHAREHOLDERS OF A COMPANY

Equity share is a share that is simply not a preference share. So shares that do not enjoy any preferential rights are thus equity shares. They only enjoy equity, i.e. ownership in the company.

The dividend given to equity shareholders is not fixed. It is decided by the Board of Directors according to the financial performance of the company. And if in a given year no dividend can be declared, the shareholders lose the dividend for that year, it does not cumulate

A preference share is one which carries two exclusive preferential rights over the other type of shares, i.e. equity shares. These two special conditions of preference shares are

RIGHTS OF THE SHAREHOLDERS